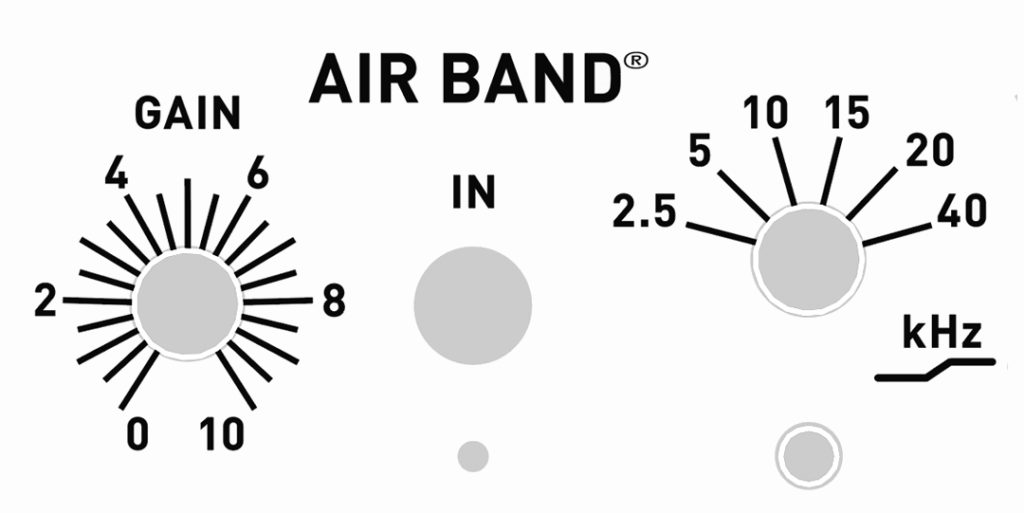 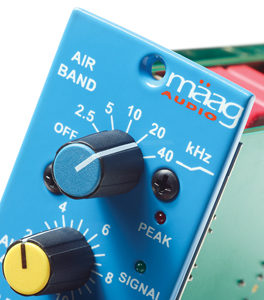 The Air Band EQ has graced a number of Cliff Maag Sr.’s designs to date, beginning with the NTI EQ3 equalizer in the early ’90s, and now found on all of the Mäag Audio equipment, writes Mike Hillier. The concept of the Air Band is simple: it’s a high-frequency shelving filter. But unlike most shelves, the corner frequency stretches well beyond the audible range. “Necessity is the mother of invention, and I have a passion for great music and recording great sound,” says Maag. “Because my studio business, at that time, would not support the purchase of a better console, it became necessary for me to update my old custom console. This is where the inventing part came in and the Air Band Mic Pre and EQs were born.

The original NTI EQ3 was a six-band EQ with fixed frequency bands. However, while each of the first five bands could be boosted or cut, the final Air Band could only be boosted. Later revisions, added additional corner frequency options for the Air Band, bringing in the option of adding a shelving boost from as low as 5kHz. “In picking the frequencies and Qs there was one goal in mind: no phase-shift. This lack of phase-shift determined the frequencies and Qs, which happened to create a big bottom end EQ that many users count on and have come to love; I would say almost as much as the Air Band.”

In 2009, Cliff Maag returned to the Air Band EQ at the urging of his son: “Ryan was looking at comments in blogs on the internet. He said, ‘Dad everyone is talking about your equipment and they really love your gear.’ Wow, there was a lot of wonderful things being said. Soon after that, we decided to get back into the game and started Mäag Audio with my two sons, Ryan and Cliff Jr, and Travis Allen.”

IN CLIFF MAAG’S OWN WORDS – THE STORY BEHIND AIR BAND

“The Air Band on our EQ, you’d think it was born in the EQ, and I’m gonna surprise you, it wasn’t. Where the Air Band was born, when I started out I had a C12, an original C12, and then I had a Boulder Preamp, and I had an LA-2A.

Unbelievable vocal chain.I learned what open sound and air was like because of that vocal chain. So now, my console lacking being able to bring that out in other microphones. Maybe a U87 for instance. Kind of an edgier sound. You couldn’t open up the high end. Especially my ribbon mics I couldn’t.

So, what I did is we started to dig, and I had a custom console, so I had to have as good a preamp as I could, like the boulder on all of my channels. 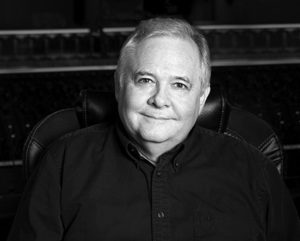 So I built a new preamp. And in the process we ended up with some patents based off of a new way of looking at doing the microphone preamp that we built. It’s the one that we have now even.

So to get the high end I wanted to add 10K and see if I could, in the microphone stage, in the low level stage be able to get to open up those microphones, those ribbons. So I have to admit the first attempts were nothing but hiss switches. Man you flip it in, but that’s where we learned how to get it without hiss.

And as soon as we did that then we put it in with multiple bands to be able to change what frequency we lift the air from and we incorporated that into the microphone preamps. Then when we had the EQ we had it in six bands. Then we thought, “well, let’s put that on top of the EQ.” So we ended up with the air band on top of the EQ so that we could open the sound of the mixes or whatever else had without the hiss to open up the top end.